Cody Treese currently is responsible for the Preconstruction and the general/business management of the company.

Before joining the company, Cody held a variety of leadership positions, most recently serving as Project Manager at Metric Concrete Services where he oversaw large scale site concrete construction projects such as The Star in Frisco (Cowboys), JP Morgan Chase Plano Campus, Liberty Mutual Plano Campus, and the Texas Scottish Rite Hospital Frisco Campus. Prior to that he was Senior Project Manager and manager of Preconstruction for Southern Botanical. There he managed the company’s largest and most complicated projects as well as oversaw up to $52M/yr in estimates. Noteworthy projects he was responsible for included the George Bush Presidential Library, Brookhollow Golf Club, UTD Bioengineering & Sciences Building and residential projects up to $6M. Starting his career, Cody served as Project Manager at ValleyCrest Landscape Development (now Brightview), where he oversaw construction for such noteworthy projects as Klyde Warren Park, the Botanical Research Institute of Texas, and the Red Maple Rill at Dallas Arboretum. Before moving to Dallas, Cody was a part of the team that successfully completed one of the largest landscape projects in the history of ValleyCrest, the $45M City Center in Las Vegas.

Cody received his MBA from the Cox School of Business at Southern Methodist University, Beta Gamma Sigma (Top 20% of Graduating Class), and his bachelor’s degree in Landscape Management from Brigham Young University. Cody was the first BYU student to pass the Certified Landscape Professional exams (now called Landscape Industry Certified Manager). Outside of his professional commitments, Cody is a member of the Accreditation Board at BYU for the National Association of Landscape Professionals and is also a member of the Hebron High and Lewisville ISD Career Center East Architectural Design and Engineering Advisory Board. In 2017 he was awarded Young Constructor of the Year by the DFW area construction association TEXO.

A proud father of four children, Cody has been married to his wife Nikki for 12 years. In his spare time, he enjoys spending time with his family, skateboarding, and seeing movies. See Cody’s complete projects list here. 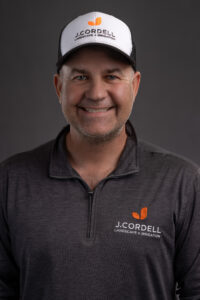 Before joining the company, Adam held a variety of esteemed leadership positions, including General Superintendent at ValleyCrest Landscape Development (now Brightview) in Dallas, a $2B national landscaping firm that specializes in large scale commercial construction. Prior to this, Adam served as Superintendent of several high profile landscaping projects across the country including the Atlanta Botanical Gardens, Fort Bliss Army Base in El Paso, and the Aria Resort and Casino in Las Vegas. Adam was also a part of the team that successfully completed one of the largest landscape projects in the history of ValleyCrest, the $45M City Center in Las Vegas.

Prior to joining ValleyCrest Landscape Development, Adam served as the Landscape Division Manager of Cedco in Las Vegas. There he oversaw all aspects of the landscaping business and completed such noteworthy projects as the Palazzo Hotel, and the Mariott Grand Chateau as well as other high end custom homes.

Adam is fluent in Spanish, studied Horticulture at the College of Southern Nevada, and has nearly 20 years of landscape industry experience. A proud father of two children, Adam has been married to his wife Tiffany for 11 years. In his spare time, he enjoys spending time with his church group (Chase Oaks) and running. See Adam’s complete projects list here. 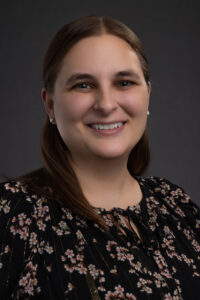 Anemarie Dunn is currently is our Director, Operations & Project Management.

Before joining the company Anemarie held a variety of positions at Southern Botanical ranging from Project Manager to Construction Finance Manager and Business Systems Analyst. While serving as a Project Manager, Anemarie was responsible for several noteworthy projects including Dallas Arboretum A Tasteful Place, 4510 and Tasset Eye Park Renovation, Moody Family YMCA, Capital One Building Seven and a number of projects at Southern Methodist University.

Prior to that, Anemarie had began her career at Valleycrest Landscape Development (now Brightview) beginning as an Estimator and later a Project Engineer.  Some of her favorite projects she helped manage included Klyde Warren Park and Dallas Arboretum Rory Meyers Children’s Adventure Garden.

Anemarie received her Bachelor’s degree in landscape management from Brigham Young University.  She is a proud Auntie of 4 and spends her free time doing Karate, painting and listening to an abundance of NPR. See Anemarie’s complete projects list here.